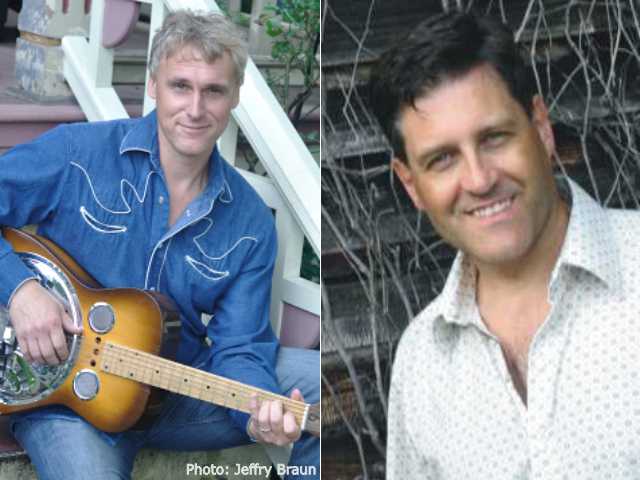 Steve Chizmadia is an award winning singer-songwriter who’s been described as a Northerner with a southern soul. Hailing from the Hudson Valley by way of Long Island, New York City, South Carolina and Texas, Steve has also spent some time soaking up the Cajun and Creole cultures of Louisiana. Inspired by artists ranging from Woody Guthrie, Pete Seeger, the Beatles and the Eagles to Merle Haggard, Willie Nelson and Steve Earle, his original music offers a folk-, country- and rock-tinged gumbo of NYC coffeehouse, Texas roadhouse, Music Row and fais do do musical influences sung in his own style and accompanied by his acoustic six-and 12-string guitars and mandolin.

A two-time Grassy Hill-Kerrville New Folk Finalist (2003 and 2011), Steve also won both the Hudson Valley Songfest Emerging Artist competition and the Wildflower Music and Art Festival songwriting competition in 2011. He’s been a three-time selection in the Woody Guthrie Folk Fest songwriters’ competition and was named the 2010 grand prize winner of Noel “Paul” Stookey’s Music2Life competition for his topical song “The Wall Street Fat Cat Tax Payer Bail-Out Blues.” Steve’s first CD, It Is What It Is, reached #12 on the Folk DJ charts in 2007; his new album, Jack of All Trades, was released in early 2013. www.stevechizmadia.com.

Arlon Bennett is an award-winning singer-songwriter who recently released his fourth studio album, World of Possibility. A Long Island native, he now resides in Rockland County.

“Filled with universal truths, World of Possibility is a joy to listen to,” writes Richard Cuccaro, editor of Acoustic Live! in New York City and Beyond. “An Americana/folk-pop songsmith, Bennett delivers timeless vignettes and melodies that recall Harry Chapin and vintage James Taylor, but with an eloquence, emotional honesty and style all his own.” The CD was produced by John Sonntag, who will accompany Arlon on guitar.

A two-time finalist in the prestigious Grassy Hill-Kerrville New Folk Competition for Emerging Songwriters and twice selected by Noel Paul Stookey (of Peter, Paul & Mary fame) to perform in his Music2Life Showcase featuring some of America’s best songs of social consciousness, Arlon recognizes the power of music to reach people. A perfect example is the album’s title track, which was borne from an invitation to perform at a Parkinson’s disease conference. “Be the Change” from Arlon’s previous release, Summer’s Voice, gained the distinction of being the #9 most-played song on folk radio, while the New York Mets chose that CD’s title track for inclusion in a tribute video to Hall of Fame sportscaster Bob Murphy that was screened before a capacity home crowd.
www.arlonbennett.com.