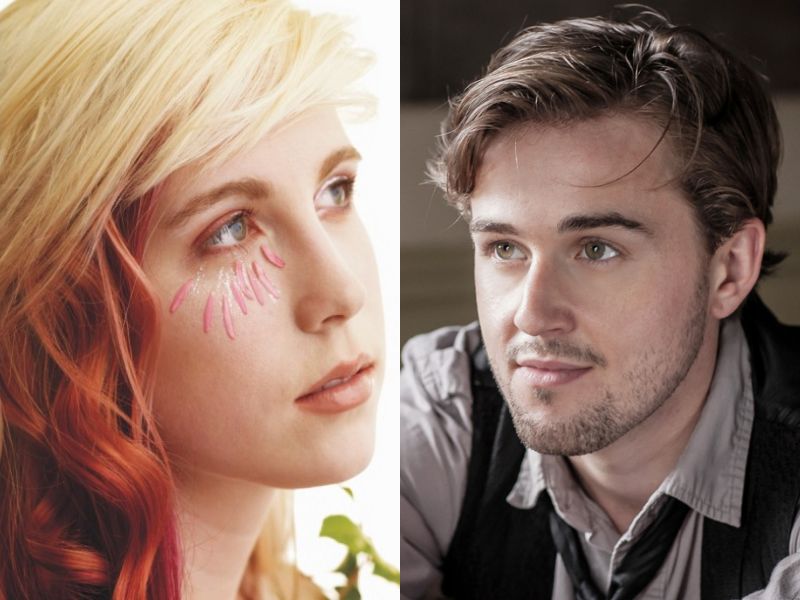 Acclaimed young singer-songwriters Ariana Gillis of Ontario, Canada and Seth Glier of Massachusetts will grace the stage at the Congregational Church of Huntington (30 Washington Drive, Centerport) on Saturday, April 6, when the Folk Music Society of Huntington presents “An Evening of Young Folk” as part of its monthly First Saturday Concerts series. The 8:30 p.m. concert is preceded by an open mic at 7:30 p.m.

Hailed as “the best new artist I’ve heard in a very long time” by Dave Marsh, best-selling author and former music critic for Rolling Stone, Ariana Gillis was named Young Performer of the Year in the 2009 Canadian Folk Music Awards and was the recipient of the Colleen Peterson Songwriting Award from the Ontario Arts Council last year. Gillis, 22, who has released two full-length CDS, Forget Me Not and To Make It Make Sense, recently did a residency at The Living Room in Manhattan and opened a series of U.S. concerts for Josh Ritter last month.

Steve Wozniak, Apple’s co-founder, extols: “Ariana is two people in one. She’s a normal, nice, demure 21-year old, but when she begins to sing her entire body is taken over by the most powerful force, and the songs become a lot more than just words of music… Her stage presence is the most visually grabbing I’ve ever seen. I was stunned at the intense connection between herself and what she was singing; I thought of the strength of character that embodied Janis Joplin’s performances.”

is a seasoned troubadour. Averaging more than 250 live performances annually, he has gone from opening act to headlining his own shows and playing major folk festivals. Glier, who has recorded three albums for Mpress Records, is known for his passionate live sets. His music has caught the ears of fans, industry and music critics alike — with USA Today stating that Glier’s “exquisite tenor echoes Bruce Springsteen and Billy Joel.”

As a national spokesperson for the Autism Awareness Foundation, an advocate for Musicians On Call, and with a Rock The Vote Road Trip 2012 stop under his belt, Glier has become increasingly comfortable expressing his social beliefs — both onstage and off. Last year, the Independent Music Awards recognized “The Next Best Thing,” the title track of Glier’s sophomore release, as Best Social Action Song, his second IMA win. He is currently touring in support of his Jan. 2013 release, Things I Should Let You Know, which he describes as “a reckoning with adulthood.” Glier’s songs aim straight for the gut and cast light on the challenges of adult life.