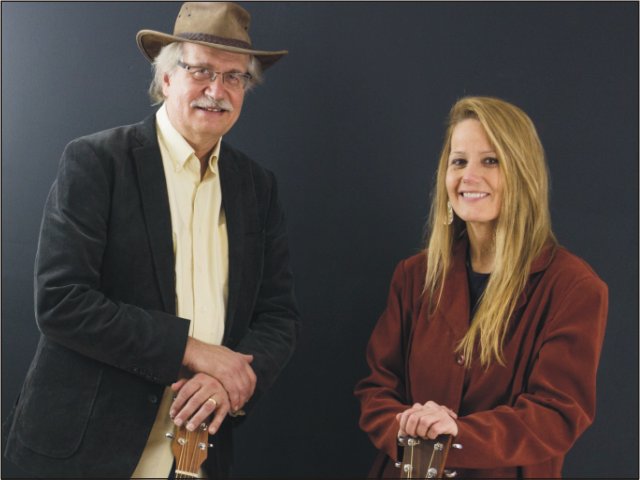 Texan Brian Kalinec and Pennsylvanian Kj Reimensnyder-Wagner met by chance during one of Brian’s shows in East Texas in 2013 when Kj happened to be in nearby Shreveport, Louisiana, where she was conducting a seminar in educational songwriting. Later that year, when she came down to Texas on a trip, they had a chance to play a few songs together. Their impressive combined sound – songs, voices and musicianship –convinced them that they should perform shows as a duo. They began to do so the following year.

Swedish reviewer Staffan Soldy of Rootsy calls Brian “a combination of Woody Guthrie, John Steinbeck, James Taylor, and Rodney Crowell in the stories he tells.” Brian has been recognized in both the U.S. and Europe for both his songwriting and musicianship – winning the Songwriter Serenade in Texas and the Big Top Chautauqua in Wisconsin, placing second in the prestigious Woody Guthrie Songwriting Competition, and being named a finalist in the UK Songwriting Contest. He has performed at venerable festivals and venues in the U.S. and tours regularly in the UK. He and his wife Pam own Berkalin Records, whose roster features many well-respected singer-songwriters.

Kj is a full-time touring singer-songwriter. She has performed across the U.S. and the UK as a solo artist and along with other artists (including Dougie MacLean, Ted Vigil and Steve Weisberg) at noted venues and festivals. Kj is also a recognized educator, trainer and multi-instrumentalist, providing keynotes, workshops, assemblies and residencies. She has mentored hundreds of teachers and students through story, song and songwriting. Kj has been awarded several distinguished honors for educational songwriting from the Pennsylvania Department of Agriculture, National Agriculture in the Classroom (NAITC), and the Visionary Award from Danville’s Child Development Center.