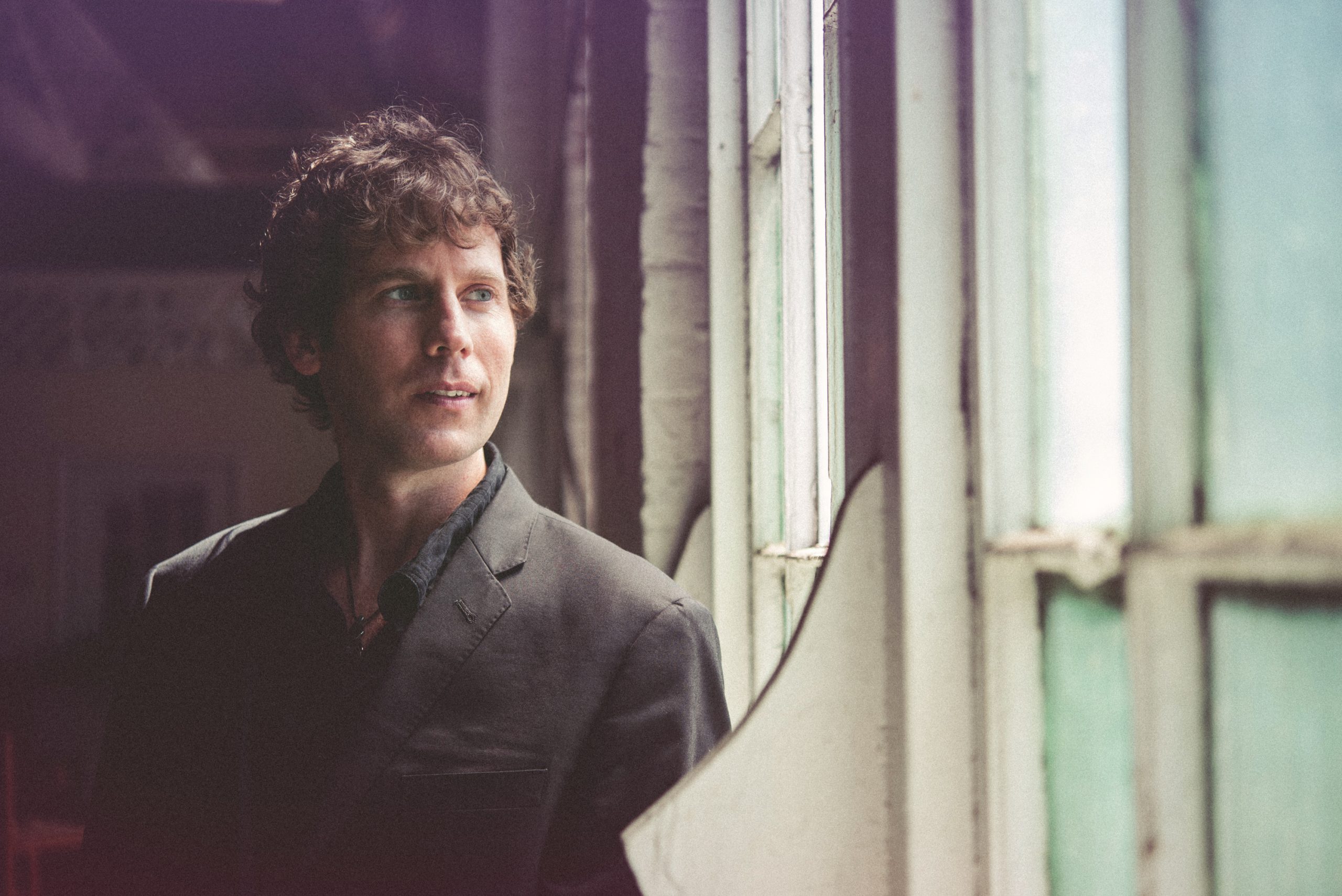 Award-winning singer-songwriter Jesse Terry will showcase his talents during the Folk Music Society of Huntington’s virtual First Saturday Concerts series on Feb. 6 from 7:00 – 8:15 p.m. EST. Since the ongoing pandemic prevents the nonprofit organization from hosting in-person concerts, this one will be livestreamed to our YouTube channel (http://www.youtube.com/channel/UCnJ9zJQXl2ml128-TIPRFLg/about) and Facebook page (http://www.facebook.com/FMSHLongIsland).

“Unlike our live concerts, there is no admission fee for this online one,” says Michael Kornfeld, FMSH’s board president. “However, like other performing artists, Jesse Terry has had most of his gigs cancelled, is unable to tour now, and would appreciate donations via his online tip jar while you are viewing the concert.”

A true musical journeyman, the New England-based artist has made it his mission to share his love of music fully and completely, without regard for shading his emotions or tempering his convictions. The ability to create a connection, to bare his soul and express his feelings through his songs has been the defining thread in a career that began in 2010 and has spawned five albums and numerous EPs.

To date, Terry has played more than a thousand shows around the world — including performances at such notable festivals as Bonnaroo, 30A Songwriters Festival, Philadelphia Folk Festival and the Americana Music Association’s AmericanaFest, and collaborations with Dar Williams, Cary Ann Hearst of Shovels & Rope, Liz Longley, Kim Richey, Erin Rae and Sarah Darling. Terry has been a Grand Prize winner in the John Lennon Songwriting Contest and the NSAI/CMT Song Contest and has also secured several song placements on television shows.

John Platt, host of Sunday Supper on WFUV, has referred to Jesse Terry as “a force to be reckoned with” and noted that “His well-crafted songs rank right up there with Ryan Adams … and other masters of alt Country.” Writes Nick West of RnR Magazine: “This is music to revel in, so just revel til the starlight fades.”