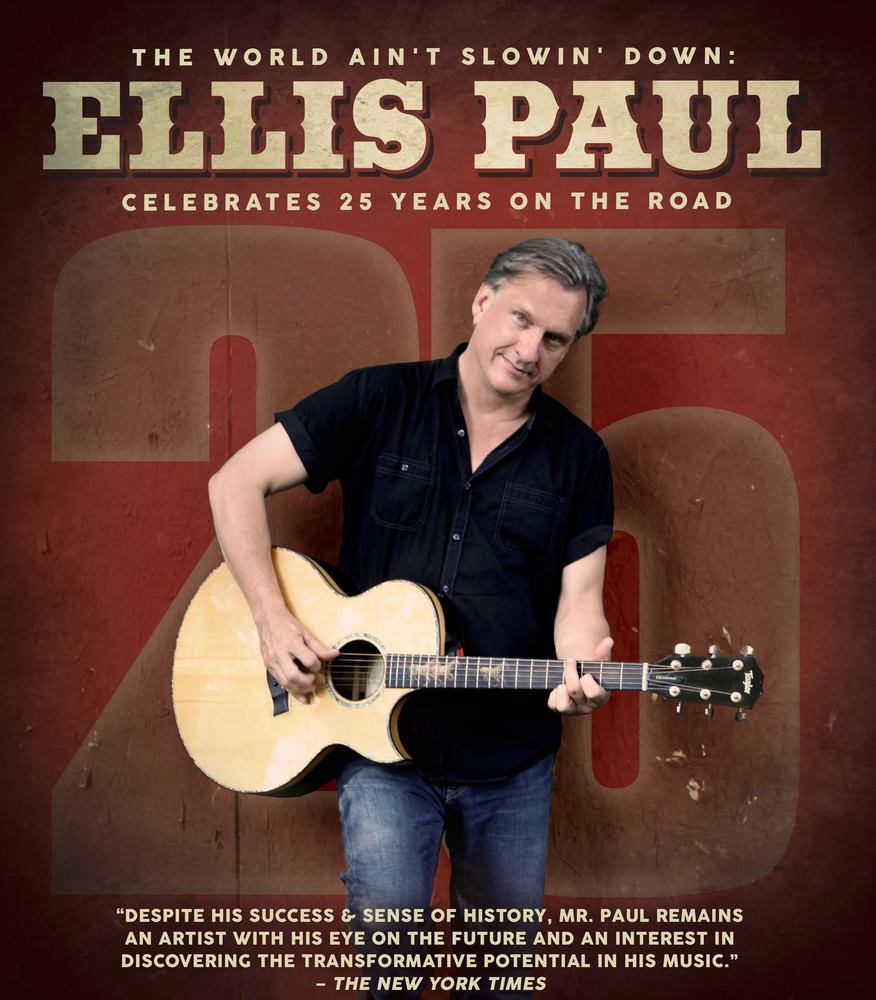 Since his emergence on the Boston music scene in 1990, Ellis Paul has earned accolades, awards, and a large fan base in recognition of his well-crafted songs, his high-energy stage presence, and his distinctive voice. As Kristian Bush, of the duo Sugarland, has said: “Ellis has a voice that is so powerful you know who it is the second he comes through your radio.”

Now celebrating 25 years on the road, Ellis Paul has played some 5,000 shows – gracing stages at the Newport Folk Festival, Carnegie Hall, and clubs and coffeehouses the world-over. A prolific songwriter, he’s penned more than 500 songs. “His songs are literate, provocative and urbanely romantic.” (Scott Alarik, The Boston Globe). He’s recorded and released 20 albums, while his music has also been featured in a number of Hollywood film soundtracks – including several by the Farrelly Brothers – as well as commercials, documentaries and TV shows.

“Despite his success and sense of history, Mr. Paul remains an artist with his eye on the future and an interest in discovering the transformative potential in his music.” – The New York Times