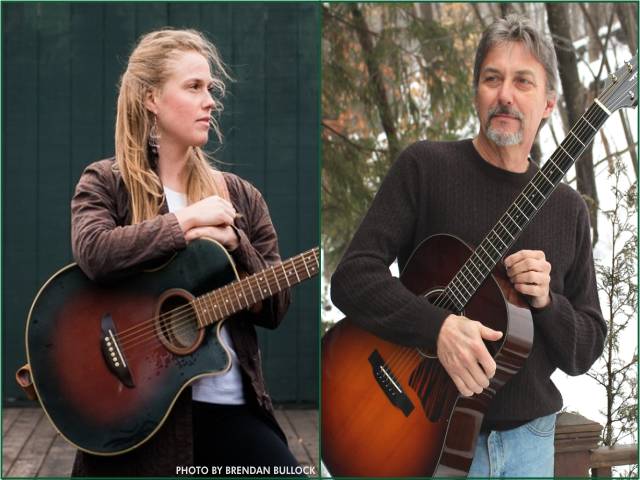 Caroline Cotter is a travel-inspired singer-songwriter. Music has always been at the heart of her life, alongside an insatiable passion for travel and global exploration. Over the past ten years, Caroline has lived in and traveled to 27 countries on five continents. While writing and recording her first national release, Dreaming As I Do (which reached #5 on the Folk DJ chart earlier this year), she spent the last few years working for the Council on International Educational Exchange (CIEE) in Portland, Maine. CIEE provided amazing opportunities for international community and travel, and further inspired Caroline’s songwriting.

Prior to joining CIEE, Caroline spent time working in France, Portugal, Spain, and Thailand; studying yoga in India; and traveling in South America. In addition to writing songs in English, she sings in Spanish, French, Portuguese, Italian, and Sanskrit, and is always looking for beautiful ways to bring the world to her audience and to connect inter-culturally through her music. With a captivating soprano voice and award-winning songwriting, Caroline’s music takes you all over the world: from a Parisian salon, to an Indian ashram, to a bluegrass festival campfire, to the depths of the human heart.

Jay Hitt is a Pittsburgh, PA-based singer-songwriter whose musical versatility and down-to-earth folk style speaks to his audiences of the simple joys found in everyday life. A talent for vivid storytelling combined with crisp and delicate acoustic melodies makes it easy to understand why Jay’s songs so effortlessly touch the hearts of his fans.

Jay has performed in many venues throughout the United States both as a solo artist and as a member of various bands. He impressed listeners at this summer’s Huntington Folk Festival and as part of the juried Emerging Artists Showcase at the 2015 Falcon Ridge Folk Festival. Jay has also written commercial music for radio advertising and a theme song for television. He’s received several songwriting awards and was a winner of the New Folk Competition at the New Jersey Folk Festival at Rutgers University in 2003. Jay has several albums of original songs to his credit — including his most recent release, Greetings From the Wilderness (2013).