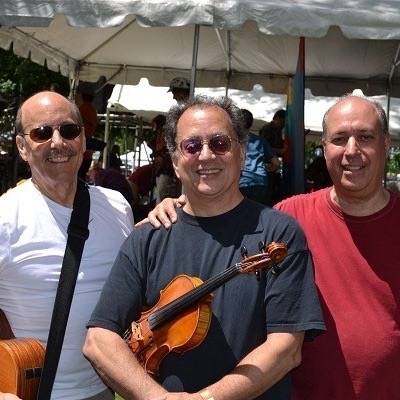 Buskin & Batteau have been winning hearts and minds with their soulful acoustic balladry and fun-filled performances for more years than they care to remember. After being on hiatus for a few years, the duo is back and brings its “irresistible amalgam of melodic, sensual pop, folkie grit and killer wit” (The Washington Post) to Long Island for a rare concert appearance.

David Buskin (piano, guitar) and Robin Batteau (violin, guitar) will be accompanied by virtuoso percussionist Marshal Rosenberg. Describing themselves as “hopelessly romantic,” “defiantly immature” and “usually hungry,” Buskin & Batteau have been Clio-winning jingle writers (“The Heartbeat of America” for Chevrolet, “All Aboard Amtrak” and “I’m Lovin’ It” for McDonald’s, among others). They have written songs that have been recorded by such notable artists as Judy Collins, Astrud Gilberto, Ladysmith Black Mambazo, Bette Midler, Anne Murray, the Oak Ridge Boys, Peter, Paul & Mary, and Tom Rush (with whom they got their start in 1979 as his backup band). Yet, with their mix of talent, showmanship, Everly-crisp vocal harmonies and what Stephen Holden of The New York Times has called their “by turns acerbic, funny and plaintive” music and commentary, Buskin & Batteau are consummate entertainers in their own right.

Buskin & Batteau have performed on London street corners, in New York’s Carnegie Hall and at folk festivals throughout the U.S. They have shared Grammy, Emmy and Gold Record Awards and have performed and recorded with a host of other artists. They previously performed for FMSH in 2011.