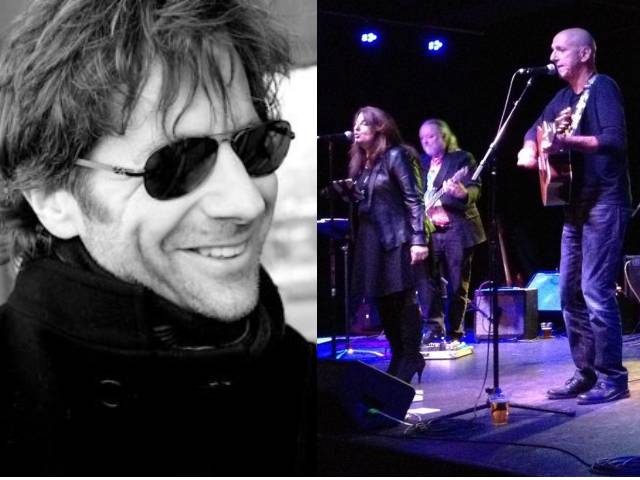 Brad Cole is a contemporary singer-songwriter who has drawn stylistic comparisons to John Hiatt and John Mayer yet delivers his own soulful slice of Americana with a groove. Cole says women artists like Patty Griffin, Aimee Mann, Lucinda Williams and Shawn Colvin have had the biggest impact on him as a writer, while his “heart and soul are with Mavis Staples, Betty Lavette and Bonnie Raitt.”

A longtime fixture on the Chicago music scene, Cole is now based in NYC and touring extensively in support of his third solo album, Down The Line. Recorded in Nashville, the album’s sound is a product of the late-night jams in which he participated and his host city’s country roots. Cole was a regional finalist in the 2012 Mountain Stage NewSong Contest and a finalist in other songwriting contests, and was selected for official showcases at both Folk Alliance Region Midwest (FARM) and Northeast Regional Folk Alliance (NERFA) conferences.

Brad was the subject of a cover feature in the August 2013 issue of Acoustic Live! in New York City and Beyond. “Some performers seem born to command a stage,” wrote Richard Cuccaro. “Something in the stance; an easy, relaxed, but assured presence. We probably missed the years it took to develop that command, but the performer’s execution gives the appearance of it always having been there. That’s how it is with singer-songwriter Brad Cole. His voice has a sharp, unerring, laser-like quality, honing in on those uneasy truths most of us evade.”

For more information and to view performance videos, visit www.bradcole.com.

The Toby Tobias Ensemble fuses elements of jazz, roots, world and folk music and is the brainchild of Toby Tobias, a Northport-based musician and singer-songwriter.

Born and raised in Johannesburg, South Africa, Toby has immersed himself in all genres of American music of the last 50 years. His interest in African rhythms & world music, coupled with his keen ear for highly intuitive arrangements, has been the hallmark of his writing and performance styles, and he has garnered a strong following of listeners on Long Island and beyond.

A graduate of the prestigious Rubin Academy of Music in Jerusalem, Israel, he continues to search for material that stays as close to his musical roots as possible while at the same time reaching for new and exciting musical universes. He also hosts a weekly Acoustic Open Mic on Wednesdays at Caffe Portofino in Northport. Joining him in presenting an eclectic array of tunes will be Huntington-natives Steve Blatt on bass and Mike Nugent (Cadillac Moon) on guitars, Cyndi Hazell on vocals and Mario Staiano (The Kerry Kearney Band) on drums.

Here’s a link to listen to Toby performing a new song of freedom and determination that he wrote and dedicated to the life of Nelson Mandela:

More information on the Toby Tobias Ensemble, along with a number of live performance videos, can be found online at www.tobytoby.com.