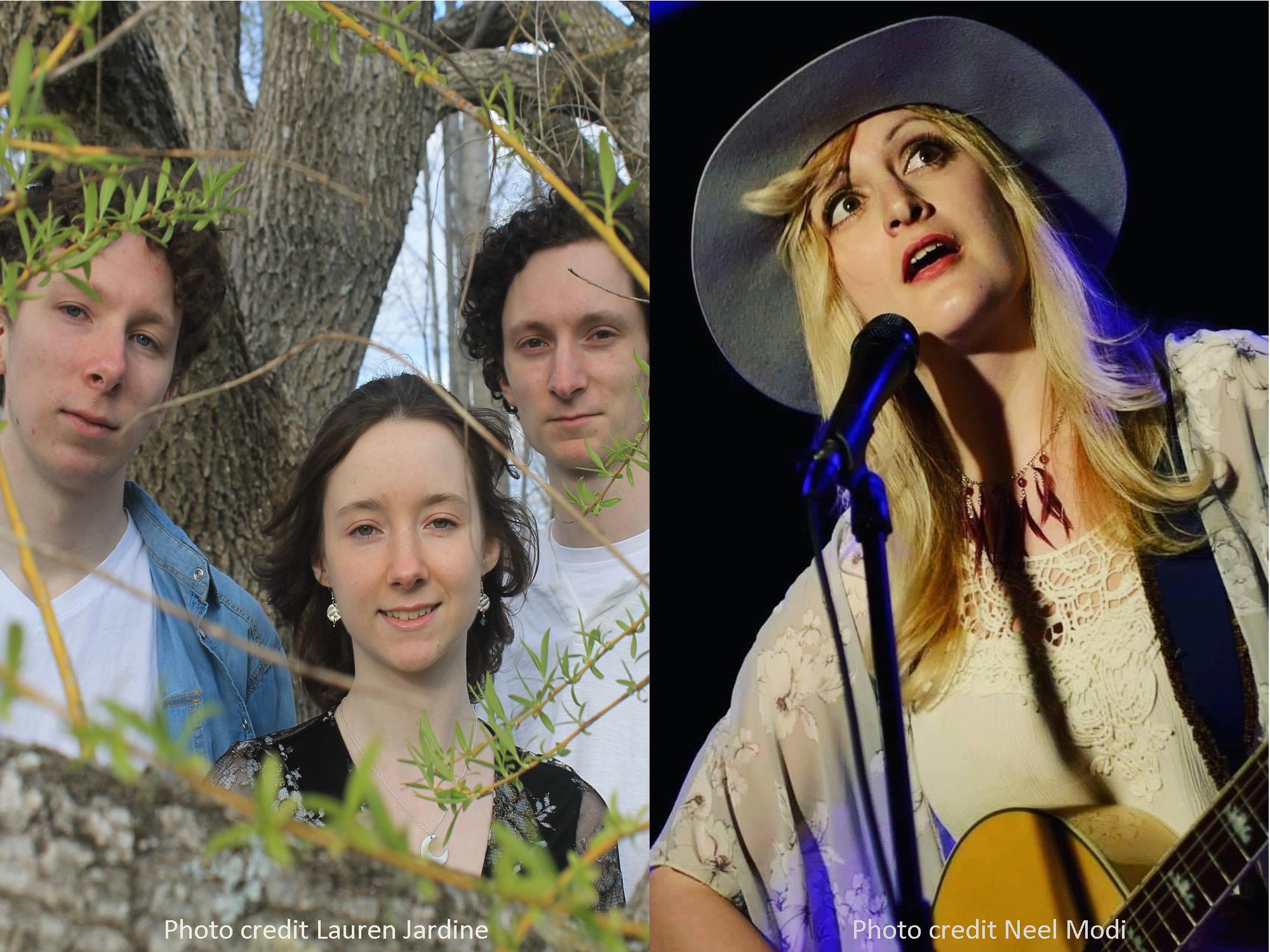 Canadian artists The Gilberts and Angela Saini are the featured performers during the Folk Music Society of Huntington’s virtual Hard Luck Café concert series, held in partnership with the Cinema Arts Centre, on Thursday night, May 20. They will showcase their talents live from 8-9:30 p.m. via FMSH’s YouTube channel.

“Although the COVID-19 pandemic prevents the Folk Music Society of Huntington from hosting in-person concerts now, our board of directors recognizes the importance of music in these challenging times and believes that the show must go on-line,” said Michael Kornfeld, the nonprofit organization’s board president. He noted that although there is no admission charge for the concert, tips for the artists — who have lost many gigs and are unable to tour due to the ongoing health crisis — would be most appreciated. Virtual tip jar information is posted below and will appear on your screen during the concert:

THE GILBERTS are a Nova Scotia-based sibling contemporary folk trio who were named Young Performers of the Year during the 2021 Canadian Folk Music Awards in April. Frieden, Reuben and Maisie Gilbert bring vibrant three-part harmonies, soulful lyricism and melodious alchemy to their songs and stages. Since emigrating to Canada from the UK as toddlers in 2003, The Gilberts grew up on folk festival fields around Nova Scotia before stepping up to open mics, then performing at small events, leading to main stage performances at festivals throughout the province at which they were the youngest artists to appear. Although vocal harmonies are at the heart of their music, all three are multi-instrumentalists and their song arrangements can include guitar, mandolin, ukulele, pedal steel, saxophone, trumpet, flute, percussion, and theramin. The trio released its debut album, The Gilberts: One, in 2020, followed by Tell Me early this year. Diverse musical influences inform their songwriting, performance and choices – including choral music, musical theater, 1970s soft rock and pop, singer-songwriters, and folk music from the 1960s to now. The siblings have also found ways, both intentional and incidental, to synthesize elements of the rich Canadian East Coast musical heritage and the lives and influences left behind in the UK.

Here’s a link to view a few of the trio’s videos: www.thegilbertsband.com/videos.

ANGELA SAINI is a Canadian prairie-raised, Toronto- based folk-pop Americana artist with a positive and uplifting outlook on life. She is all about second chances and empowering others. A 2020 Independent Music Award Nominee and 2017 Toronto Independent Music Award winner, she uplifts and inspires audiences with sing-alongs and storytelling about courage and finding joy in surprising places. Angela has five Canadian tours under her belt, as well as several treks across Germany, The Netherlands and the UK. A positive and upbeat songstress, she has been called “massively talented” by BBC Radio and “one of Toronto’s best indie songwriters” by The Examiner. Angela is best known for her sunshine-soaked song “Living on the Bright Side.” She has showcased her talents at the Philadelphia Folk Festival and at a number of Canadian music festivals. Her ability to combine humanistic and honest themes laden with catchy hooks and memorable melodies make her entertaining as well as relatable. Angela has gone from fronting her high school rock band and loving grunge music to returning to her roots on the album Hope on the Stereo (2019). Among the artists who she cites as early influences are Ani Difranco and Dolly Parton.

Here’s a link to view a few of Angela’s videos: www.angelasaini.com/videos.