Special Event: THE CHISELS ARE CALLING 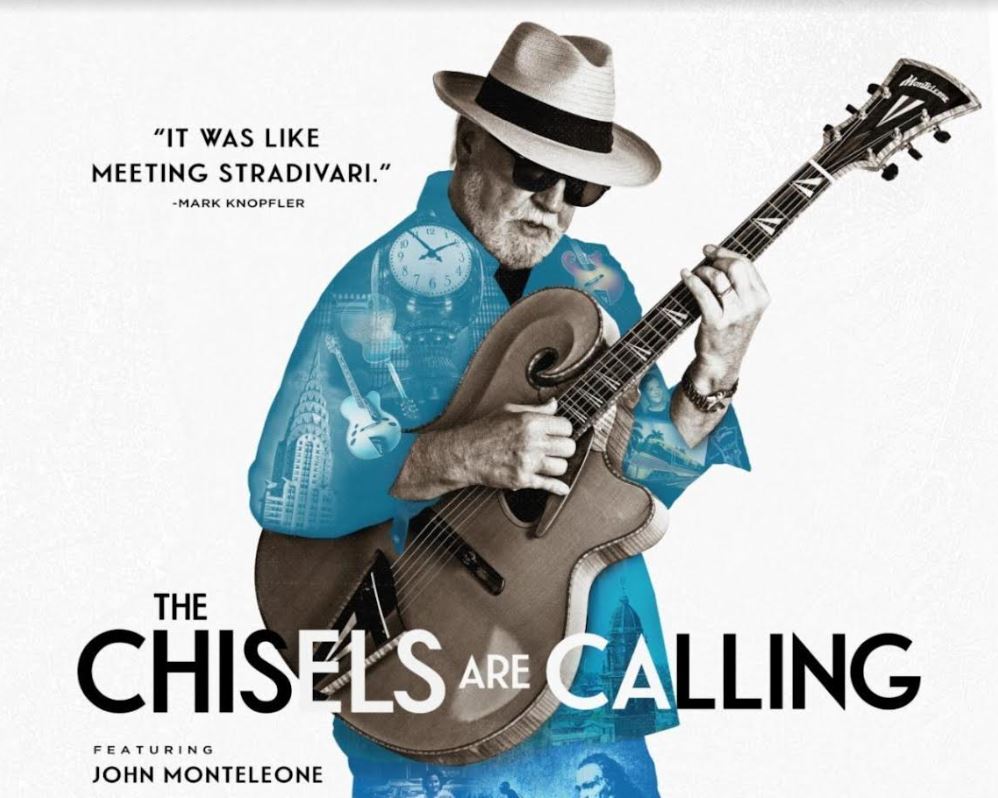 The Chisels Are Calling

The Cinema Arts Centre (425 Park Avenue, Huntington) screens a mesmerizing portrait of John Monteleone, one of the world’s greatest instrument builders. Known by many as a modern-day Stradivari of the guitar, Monteleone is a living artist whose instruments are on permanent exhibition at the Metropolitan Museum of Art. A multi-faceted craftsman, Monteleone builds instruments that are admired not only for their incredible sound, but also for their visually striking and innovative designs. His archtop guitars are sought after by players from jazz to rock, including Eric Clapton and Mark Knopfler.

(Here’s a link to view a trailer for the new 90-minute documentary:
http://www.youtube.com/watch?v=QWx6OWN4wyI )

This feature-length documentary looks beyond the technical aspects of lutherie and examines the life, passion, talent and unique approach that Monteleone takes to his art.  Starting with his early interest in the craft, when, at age ten, John repaired the dilapidated family piano, then smashed a cheap guitar so he could see what was inside, the film follows him through his realization as a young man that building instruments was actually a job, and on to his launch of a career repairing some of the world’s finest instruments.  Largely self-taught, Monteleone used his background in repair to begin building instruments, both mandolins and guitars, in the traditional style. Once he mastered this, he began to innovate and design his own models. The film examines John’s influences, including his father and uncle’s artwork, and his own interests in Art Deco, architecture, cars, trains, and the work of industrial designer Raymond Loewy. Branching out further, Monteleone drew on these influences to create one-of-a-kind themed guitars with names like the Radio City, Sun King, Orange Blossom Special, the Radio Wave, and many others.

John’s family and creative roots are in Italy, where we follow him to the northern forests to find the perfect wood for his next projects, and then on to Cremona, known as the city at the heart of violin building. John takes us on a tour through the Museo del Violino where the violins of Stradivari and the Cremonase masters are on display, and explains what can be learned from the old masters’ approach to building, and what must be learned on your own. Monteleone is paid tribute throughout the film by his musician clients, including Mark Knopfler, Ben Harper, David Grisman, Mike Marshall, Julian Lage, Anthony Wilson, Woody Mann, and others.  Knopfler’s performance of his song “Monteleone” includes Mark’s description of how John inspired him to write the song and how the lyrics, which begin, “The chisels are calling / It’s time to make sawdust,” came about.