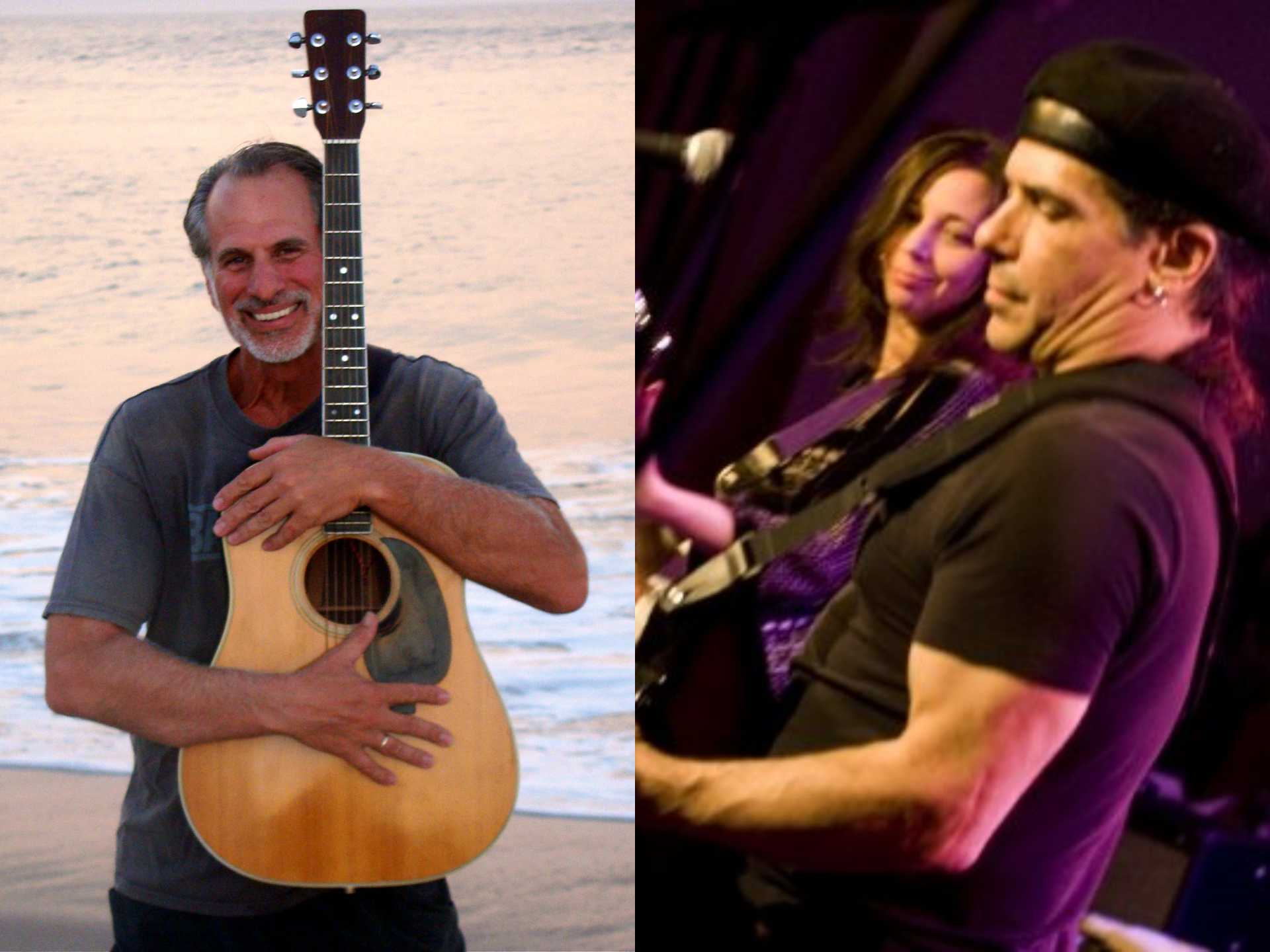 Jerry DeMeo is a Huntington-based singer-songwriter and guitarist with an expressive singing voice, engaging guitar work and ebullient stage presence. Drawing his guitar-playing influences from artists such as Leo Kottke, Stephen Stills and Jorma Kaukonen, Jerry performs original material along with an impressive array of covers — all marked with his own individual imprint.

Says former My Father’s Place owner Michael “Eppy” Epstein: “Jerry DeMeo, with his multifaceted personality, brings … not only great singing and original songs…. He’s both witty and funny and brings a friend-and-family milieu to any venue [where] he performs.”

Naomi Margolin and Mark Newman are a singing and songwriting duo from Long Island whose all-too-infrequent musical appearances together are a rare treat for their audiences.

Naomi is an accomplished vocalist and songwriter who, along with Mark, hosts the monthly Music from the Hive songwriter series in Westbury. Mark is an acclaimed guitar, mandolin, lap steel and dobro player whose career has taken him around the world several times as a sideman to the stars. He is part of The John Oates Band and also has toured with artists such as Sam Moore, Sam the Sham and the late Willy DeVille. Also a singer-songwriter in his own right, Mark’s most recent solo album is Walls of Jericho (2010).

Naomi Margolin and Mark Newman were among the artists who performed at this summer’s Huntington Folk Festival and also were part of the Folk Music Society of Huntington’s tribute to Harry Chapin and benefit concert for WhyHunger last December.