Hard Luck Cafe: Rachael Kilgour and Shanna in a Dress 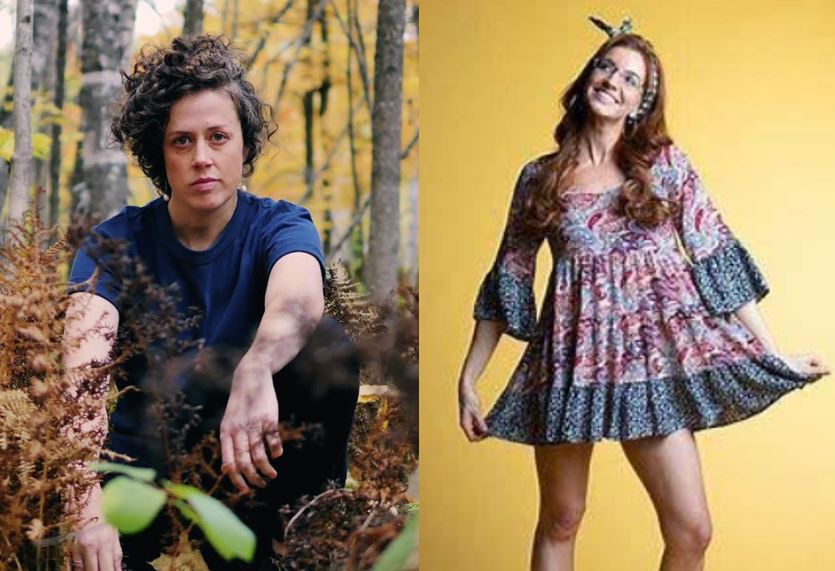 Singer-songwriters Rachael Kilgour and Shanna in a Dress, both winners of the prestigious Kerrville New Folk Competition (in 2017 and 2020, respectively), will share the bill during the monthly Hard Luck Café series co-presented by the Folk Music Society of Huntington and the Cinema Arts Centre (423 Park Avenue, Huntington, NY) in the Cinema’s Sky Room on Wednesday, November 16, from 7-10 p.m. An open mic precedes the concert.  Tickets are $20 ($15 for Cinema Arts Centre/FMSH members) and can be purchased online at http://cinemaartscentre.org or at the Cinema Arts Centre box office now through the evening of the event.

Rachael Kilgour is a passionate and engaging Minnesota-born-and-based performing artist whose songs merge the personal and political. Her sincere, lyric-driven work has been called both brave and humane. “When Rachael performs, a force of nature erupts,” writes Richard Cuccaro in an Acoustic Live in New York City and Beyond cover feature. “She unleashes a palpable torrent of passion, whether singing about social justice or a searing personal revelation…The missives
from her heart will win yours.”

A 2015 grand-prize winner of the esteemed international NewSong Music Performance & Songwriting Competition, as well as the winner of the 2015 LEAF Newsong Contest in North Carolina and a finalist in the Telluride Troubadour Competition, Rachael has performed at such notable venues as NYC’s Lincoln Center, The Kennedy Center in Washington, DC, and the ASCAP Music Café during the Sundance Film Festival in Park City, Utah. In 2020, Rachael was awarded a Minnesota State Arts Board grant to focus on a songwriting project about the life and recent death of her father. Her delicately crafted songs explore identity, inheritance and grief in the wake of a parent’s death.

Here’s a link to a video of “If I Am Gonna Fall Apart,” recorded live at the World One Studios in Maryland: http://www.perfectduluthday.com/2015/09/30/rachael-kilgour-if-i-am-gonna-fall-apart/

And here’s one to a video of “In America”: http://www.youtube.com/watch?v=p6ilvjaA6Eo

Shanna in a Dress

Shanna in a Dress, the winner of the 2022 Rocky Mountain Folks Festival Songwriter Showcase, is your quirky best friend who refuses to wear pants. In her songs, she says what everyone is thinking but no one else will say, and you’ll get an uncensored journey of clever humor and heartbreak, along with a hefty side of entertainment at her shows that are also noted for her spontaneous banter and playful stage presence. Think Jason Mraz mixed with Ingrid Michaelson with a twist of Phoebe Buffay from TV’s Friends, all wrapped up in a sweet voice accented primarily by guitar but also, occasionally, piano and ukulele.

Shanna started her musical career while a student at the University of Virginia, then biked across the country and fell in love with Colorado. She recently relocated to Nashville, Tennessee after previously living in Boulder, CO — where she hosted a monthly Women in Song show prior to the pandemic. A clever wordsmith, she pens smart but accessible lyrics that have drawn accolades in recent years. Shanna released her crowd-funded debut studio album, Robot, in May. An avid bicyclist, she biked from Seattle to Boston last summer while music touring on her epic Tour de Dress, during which she played more than 60 shows from coast to coast and partnered up with Pangaea World Foundation, a global nonprofit organization.

In 2020, Shanna was named the winner of the Great River Folk Fest Song Competition and a semifinalist in the Songwriter Serenade. She also performed in the Grassy Hill Emerging Artist Showcase during the virtual Falcon Ridge Folk Festival that summer.

Here’s a link to a video of Shanna performing her funny autobiographical song “Wanna Go Out”: http://www.youtube.com/watch?v=IsTc161GyGI

And here’s a link to a video of her heartbreakingly beautiful “A Face Like Yours”: http://youtube.com/watch?v=FK-4BzH9GP8