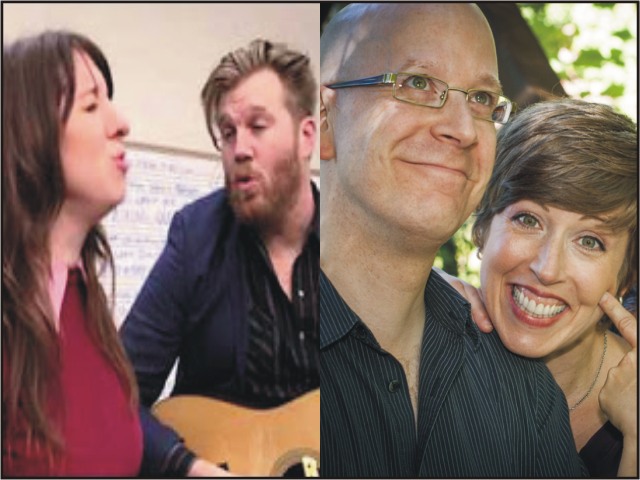 Freddy & Francine is an Americana-soul duo comprised of Lee Ferris & Bianca Caruso. With voices reminiscent of Van Morrison and Aretha Franklin, their songs blend soul, R&B, folk, and Americana with a modern, yet timeless, appeal.

The duo has released two EPs and three full-length CDs since 2008 and has performed at NYC’s Madison Square Park and at such notable festivals as Rocky Mountain Folks Fest, Sister’s Folk Fest, and this year’s Telluride Bluegrass Festival.

“Ferris and Caruso have found their respective vocal soulmates, the kind of perfect harmonies that send a gripping shiver down the backbone of the listener”
-The Deli Magazine

“There is definitely a palpable chemistry between these musicians, with their vocals blending like milk and honey.”
– No Depression

Miles & Mafale (formerly The YaYas) are three-time finalists in the prestigious Kerrville New Folk Competition, were audience-voted “Most Wanted” artists at the Falcon Ridge Folk Festival, have had official juried showcases at several music conferences hosted by regional affiliates of Folk Alliance International.

Catherine Miles and Jay Mafale have spent much of the last few years concentrating on the collaborative project No Fuss and Feathers and touring in support of Traveling Circus (#22 Top Album of 2016 on the international Folk DJ chart). Miles & Mafale are now back in the studio, putting the finishing touches on a new duo album that’s slated for release later this year.