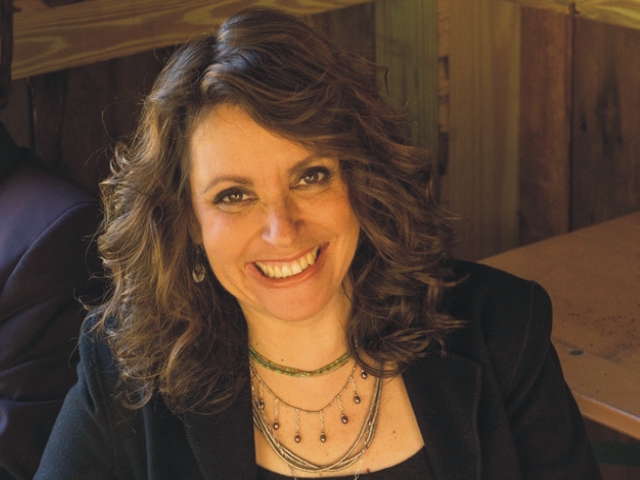 Hailed as “the songwriter laureate of modern city folk” (The Boston Globe), Lucy Kaplansky is a New York City-based contemporary folk singer-songwriter whose recordings have frequently topped the folk and Americana radio charts.

A Chicago native, Lucy began singing in bars while still a teenager – even traveling to Norway to perform as a country singer. After high school, she headed to NYC– where she immersed herself in the then-flourishing Greenwich Village folk scene of the 1980s before opting to pursue a doctorate in psychology and start a private practice. Shawn Colvin, her frequent duo partner during the 1980s, and on whose Grammy Award-winning album Steady On she harmonized, lured Lucy back into music and produced her debut album, The Tide (1994). Two of Lucy’s subsequent recordings – Ten Year Night and Every Single Day – were cited as Best Pop Album of the Year by the Association for Independent Music.

In 1998, Lucy teamed up with Richard Shindell and Dar Williams to form the folk supergroup Cry Cry Cry. The trio embarked on a national tour of sold-out concerts in support of its critically acclaimed and commercially successful self-titled album and recently regrouped for a series of concert and festival gigs. She and Shindell also reunited a few years ago to record and perform as The Pine Hill Project. Lucy also has toured and recorded an album as part of Red Horse with her Red House Records labelmates Eliza Gilkyson and John Gorka.

An in-demand harmony singer, Lucy may be heard on albums by such artists as Bryan Ferry, Nanci Griffith and Suzanne Vega, while her luminous voice has been featured in films and on television. She also sings on tribute albums to Greg Brown and Bob Dylan.

Lucy Kaplansky has previously wowed FMSH audiences. Join us as we welcome her back to help celebrate our 50th anniversary.