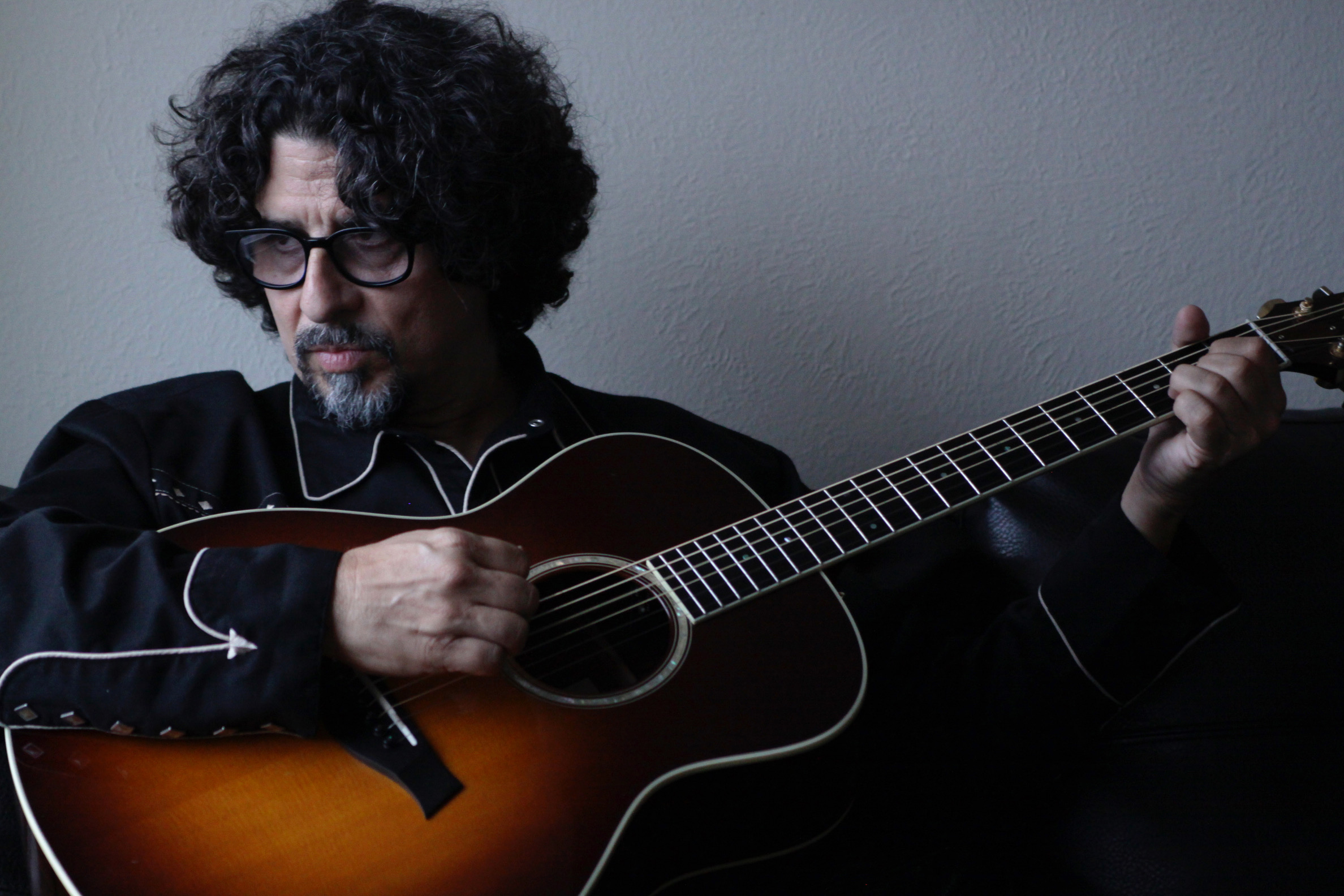 To view the introductory video CLICK HERE at 8:00 PM
To view the Concert Click Here (This link will be activated at 8:05 PM)

“While disappointed that we are unable to present Dan live at the Congregational Church of Huntington, as planned, on November 7, we are delighted that he will be performing for us via livestream from his home in California that evening,” said Michael Kornfeld, president of the FMSH board of directors. “Unlike our concerts at the church, there is no admission fee for this online one. However, like other musicians, Dan has had most of his gigs cancelled, is unable to tour now and would appreciate donations via his online tip jar while you are viewing the concert.”

Dan Navarro has written, sung, played and acted his way through a rich and varied career for more than 30 years — and he’s poured his heart and soul into his music.

It was as a songwriter that Dan Navarro started his career, mostly in collaboration with Eric Lowen, for artists as diverse as Pat Benatar (the best-selling Grammy-nominated classic “We Belong”), The Bangles, Jackson Browne, Dave Edmunds, Keb’ Mo’, The Tempatations, Dionne Warwick, and many more.

Throughout the 1990s and early 2000s, Dan recorded and toured with Lowen in the acclaimed acoustic duo Lowen & Navarro that released 12 albums prior to Eric’s retirement in 2009. Dan has since transitioned into a growing solo career — usually touring nearly 100 dates annually across the U.S. His latest album, Shed My Skin, was released in 2019.

A past president of the Folk Alliance International board of directors, Dan is a vice president on the SAG-AFTRA national board and an advisory trustee for the Golden West chapter of the ALS Association engaged in fighting the neuromuscular disease better known as Lou Gehrig’s Disease, which tragically took Eric Lowen’s life in 2012. An outspoken advocate for independent artists, Dan has also devoted countless hours to lobbying and testifying in Washington on intellectual property, copyright and performers’ rights legislation.

Here are a couple of live performance video links:

This concert is FREE, however tips are greatly appreciated. Tip jar link is:

There will be an “After-Party” on Zoom for FMSH Members only immediately following the concert. Members will receive an invitation via email and registration is required. Non-members and those who prefer not to join via Zoom may view the party at the following link: