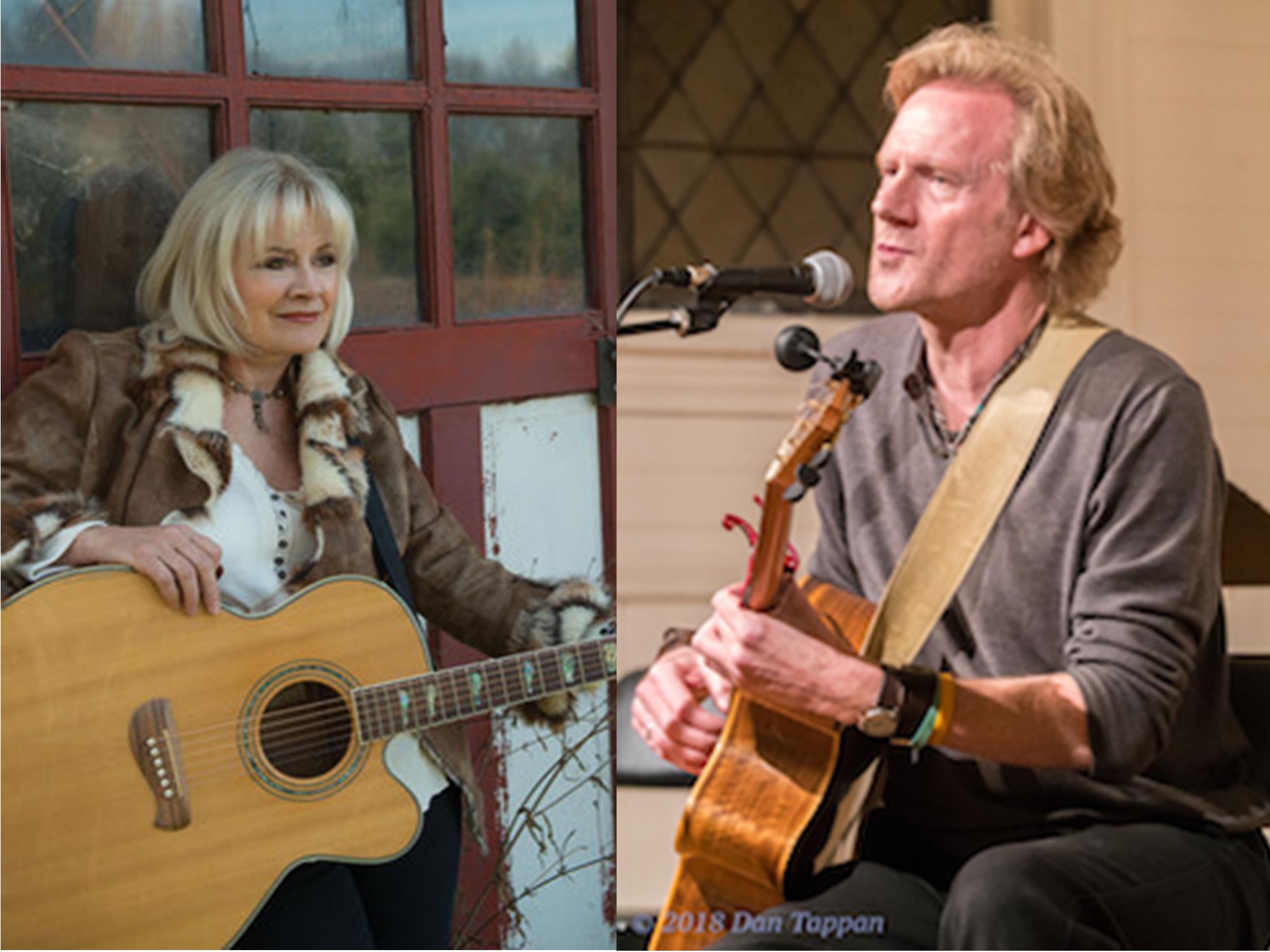 Singer-Songwriters Claudia Nygaard and Rupert Wates will share their songs during the Folk Music Society of Huntington’s virtual Hard Luck Café concert series, held in partnership with the Cinema Arts Centre, on Thursday night, June 17. They will showcase their talents live from 8-9:30 p.m. via FMSH’s YouTube channel (http://www.youtube.com/channel/UCnJ9zJQXl2ml128-TIPRFLg/about) and Facebook page (http://www.facebook.com/FMSHLongIsland).

“Although the COVID-19 pandemic prevents the Folk Music Society of Huntington from hosting in-person concerts now, our board of directors recognizes the importance of music in these challenging times and believes that the show must go on-line,” said Michael Kornfeld, the nonprofit organization’s board president. He noted that although there is no admission charge for the concert, tips for the artists — who have lost many gigs due to the ongoing health crisis — would be most appreciated. Information about online tipping will appear on your screens during the livestream concert.

Claudia Nygaard delivers songs that are heartfelt, humorous, scrappy, and sensual, and so are the stories she tells in between them. Her music straddles the fence between folk and country. She has been a winner in the prestigious Kerrville New Folk Competition, while her song “Lucky Girl” won the Tumbleweed Music Festival Songwriting Competition and became the title track of her latest album, which made the best albums of 2019 list published by Making A Scene online magazine. Her previous CD, Let The Storm Roll In, rose to the coveted #1 spot on the Cashbox Roots Country chart and #8 on the international Folk DJ Chart. Claudia is an emotive vocalist with what Rich Warren, the former longtime host of The Midnight Special, a nationally syndicated radio program emanating from Chicago’s WFMT, calls an “amber honey” voice. She cut her songwriting teeth as a staff writer on Nashville’s music row before walking away from that job to expand her creative horizons as a touring singer-songwriter. Since doing so, Claudia has performed across the USA, and in more than a dozen foreign countries.

Here’s a link to view some videos by Claudia Nygaard: http://www.claudianygaard.com/video

Rupert Wates’ music is an eclectic mix of acoustic, melodic art/folk, flavored with elements of jazz, vaudeville and cabaret. London-born and Oxford-educated, he has been a full-time songwriter since the late 1990s. Rupert has won more than 40 awards for his songwriting and performing skills since relocating to the U.S. nearly 15 years ago. He was twice voted Artist of the Year by the international house concert network Concerts in Your Home and has been a finalist in the Kerrville New Folk Competition, among others. Rupert also was cited for Outstanding Achievement in Songwriting in the Great American Song Contest (2018) and was selected for juried official showcases at the Northeast Regional Folk Alliance (NERFA) conference and other conferences hosted by regional affiliates of Folk Alliance International (FA!). Prior to the pandemic, Rupert averaged 120 live shows yearly across the U.S., Canada and Europe. His latest album, Lamentations, was among the most-played albums on folk radio in in February, according to the FAI Folk Chart. Many other artists have also recorded his songs.

Here’s a link to view some videos by Rupert Wates: http://rupertwatesmusic.com/video